YXG, was the youngest ever Editor-in-Chief in the history of China Fashion Media Industry, the first and only 80s who became an EIC of an international key title. She joined Harper’s BAZAAR in 2006, and devoted herself to growing the Harper’s BAZAAR into the most influencing Fashion Magazine in China market. During the 9 years with Harper’s BAZAAR, she produced numerous classical fashion creation works. She had exclusive cooperation with the most acclaimed fashion designers in the world, like Giorgio Armani, Karl Lagerfeld, Stella McCartney, Paul Smith, etc. She interviewed nearly every tie-1 fashion creators, including Robert Cavalli, Jean Paul Gaultier, Miuccia Prada. She was invited to home as a family friend by Robert Cavalli, Wanda Ferragamo, Diego Della Valle, and Mr. Armani, and wrote many memorable stories from the trips.

In October 2015, Hugo left Harper's BAZAAR China where she had been worked for 10 years, becoming an entrepreneur whose promising future was firmly believed by many tier-1 investment institutions.

After a short trip around the world, in June 2016, she launched iSNOB Top 10 App, a “Robb Report” of high fashion lifestyle targeting elite women customers, the first of its kind in China. The App offers consumer guides in Beauty, Lifestyle, Fashion, and Accessories, etc.. It quickly became the #1 downloaded paid app in Apple Store Lifestyle, and soon recognized as a consumer’s Bible by Chinese elite female customers. 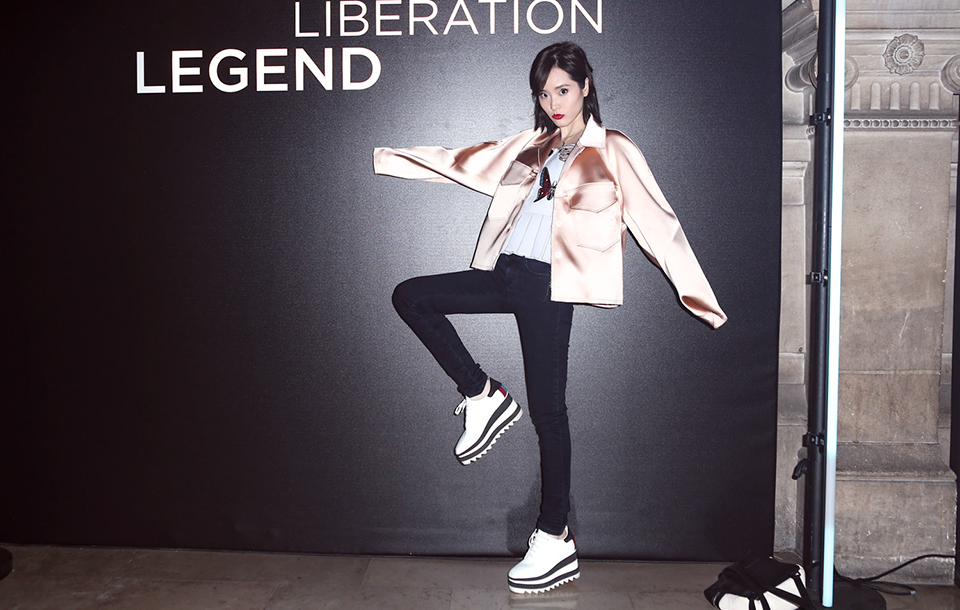 In October 2017, Hugo created a new Column. She travelled around the world to visit her favorite niche beauty brand founders and perform exclusive interviews with them. The ideas, lifestyles and latest products from these beauty experts were shared with 3 million fans through live broadcasting on social media. The interview with Sylvie Chantecaille, just as an example, achieved over 170 million views accumulatively. Hugo becomes the most recognized promoter of European and American niche brands that entering China.

Meanwhile, since 2012 Hugo has been providing consultation to her many celebrity friends on personal skin care, offering professional advice, and introducing overseas niche brands to them based on their personal needs. Encouraged by overwhelmingly popular of the niche brand products and exponentially growing demand, in October 2017, Hugo founded iDS Buy Buy Buy online boutique store, featuring more than 50 famous niche brands from the world's Best. The store soon became a phenomenon. Since then it has always been the mostly trusted high end e-commerce store by Fashion & Beauty insiders, bloggers and celebrities.

Hugo, accepted an investment in November 2017, from a famous U.S. VC LightSpeed, who invested Snapchat since its very beginning. In the world, LighSpeed has invested in many celebrity e-commerce companies, such as Lady Gaga, Gwyneth Paltrow, Jessica Alba and more. Hugo's program is LightSpeed’s first of its kind in China, and it is a star one. LightSpeed believes that the joint of Hugo’s influence and the fast growing demand of consumption upgrade in China will bring a lucrative return on the investment.

Hugo, accepted SIG's investment 4 months later, in March 2018, and the valuation was quadrupled. The iDS Buy Buy Buy store attracted millions of customers, and was praised by WWD as the Chinese blogger e-commerce Top. 1. The monthly reviews of the store has steadily grown to 500 million US dollars. More and more overseas niche brands have chosen Hugo as their consultant for China market, and iDS Buy Buy Buy as their exclusive strategic partner in China.

In July 2018, iDS Buy Buy Buy opened its first offline store in IN77, the most luxury mall in Hangzhou near West Lake, neighboring with Chanel, Hermes, Maxmara, Prada, Fendi and other luxury brands.